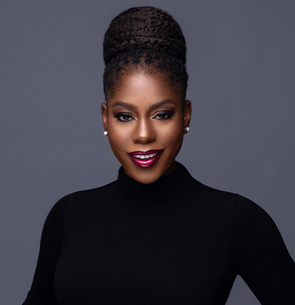 Oneika Raymond is an award-winning travel and lifestyle expert, journalist, and television host whose adventures have taken her to over 115 countries on 6 continents.

As an NBC New York correspondent and host of two digital series on Travel Channel, she’s dedicated to inspiring women and people of color to live their best lives both at home and abroad. Profiled by Forbes, The Washington Post, and New York Magazine, Oneika’s writing has appeared in a wide range of publications, including Condé Nast Traveler, Ebony Magazine, and Marriott Bonvoy Traveler. She’s also the voice behind the site Oneika The Traveller, which won Best Travel Blog in the Society of American Travel Writers’ 2018 Lowell Thomas Awards.

Oneika has worked as a spokesperson, ambassador, and on-camera talent for global brands such as Hyundai, American Express, Coca-Cola, Sony, Dove, and Dunkin Donuts.