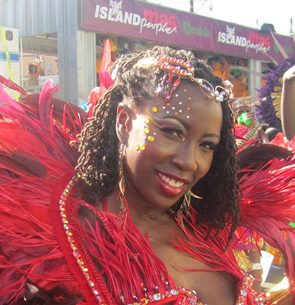 Raised in a multi-cultural family, ​Neki began to participate in organized dance classes at the tender age of two, eventually branching into cheerleading, soccer, and track and field. The love of her African and Caribbean culture, dance, and fitness remains at the core of her foundation.

Neki was offered an athletic scholarship to play soccer at Howard University, Washington, DC. While at Howard, Neki continued cheerleading on the Bison squad. After completion of her studies at Howard University, Neki enrolled at the University of Maryland Eastern Shore (UMES) and Salisbury University (SU) in order to attain a Masters degree in Health Physiology. Neki used her knowledge of dance, health, and wellness to embark on a career in fitness in 2004.

Wake Up, Walk, and Wine!

Enjoy this soca dance class with Neki Nettey, founder of KaribFit. Get your flag and your rag and get ready to get your steps in with this fun dance workout.